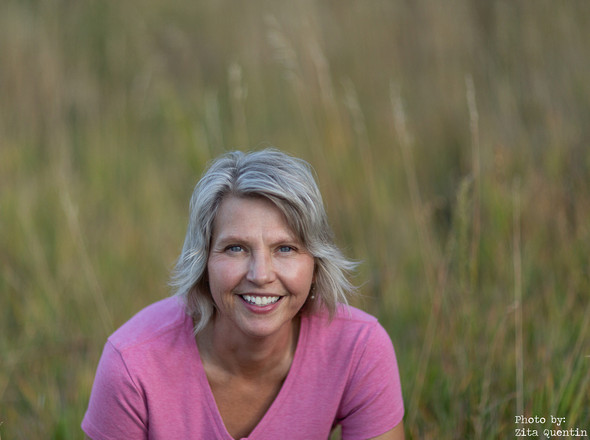 Razor sharp wit, Western sensibility, an appreciation for the often overlooked, when all these things come together beautifully, it's a Kathleen McFadden original photograph.

Kathleen chooses her subjects deliberately, carefully shooting with technical expertise developed over 36 years of professional work in the photographic industry. She captures Western Americana with her vintage cameras like no other photographer. She carries on the craft of film photography, appreciating the process as much as the unique results that each of her 35 old cameras yield.

Kathleen was born and raised in the Texas Panhandle where shooting often meant guns and ammo more than cameras and film. Excelling in both, her favored sport is small bore silhouette.

The McFadden family often traveled from Amarillo to Kansas where her grandparents worked the land and raised cattle on the small family farm. Her photography style is greatly influenced by time spent in both places. She received an A.A. in Journalism from Amarillo College, then went further west to attend the University of California, Santa Cruz where she graduated with honors with a degree in Environmental Studies. From the age of 16, she worked in the field of photography, from camera stores, to commercial labs and commercial photography.

Upon graduation, Kathleen opened her own camera store in San Luis Obispo, California. For over 11 years, she ran a successful store with an adjacent gallery featuring her own fine art photography. However, desiring a change of scenery, and missing her family, she headed for Colorado.

Kathleen opened Range Gallery first in Manitou Springs, then relocated that gallery to historic and touristy Old Colorado City, Colorado Springs for five years. Now in her eleventh year of business in Colorado, Kathleen's new gallery is at 1485 Garden of the Gods Road, Suite 160, Colorado Springs. Her art gallery is a beautiful backdrop for her evolving work that includes an ever growing body of Colorado images, taken in her own unique modern western style and more black and white images.

Kathleen has been published in various magazines, had feature articles written about her in national and international media. Visit her Accolades page on the website if you would like to see a sample of some of the attention and awards she has received.

Her Third Dimension Images, 3D panoramics presented in a 180 degree curved frame, make the viewer feel as if they are in the photograph. These images often evoke a calming sensation described as therapeutic or meditative in nature; her invention is a real innovation in photography.

Kathleen's portfolio is diverse, varied in style and subject matter. But all of her images have one thing in common, each photograph stirs emotion and moves people to revisit overlooked places, people and things to see them in a new way. Take a look at her vast body of work and step into the real west.